Astralis eliminated: The first part of the Antwerp Major, the most important tournament of the year on Counter-Strike , ended this Thursday. Team Liquid’s Frenchman, Richard “shox” Papillon, qualified for the rest of the competition. Astralis, legendary club scene, fell prematurely.

After G2 Esports and Vitality earlier this week , other teams had the opportunity to validate their ticket for the continuation of the Major of Antwerp (9-22 May) . The first part – the Challengers Stage – of the most important tournament of the year on Counter-Strike ended this Thursday. Team Liquid, ENCE and Outsiders notably qualified.

Liquid in the top 16, not Astralis

Badly started with two losses at the start, the players of Team Liquid had to win three consecutive BO3s to avoid elimination. 9z and Complexity lost first to Frenchman Richard “shox” Papillon and his teammates. Then, in a final match against Astralis, Liquid raised their level of play even further to remove the Danish structure from the tournament.

The most successful club in the history of Counter-Strike: Global Offensive with four majors won – so three in a row – Astralis fails at the gates of the top 16 for the first time in its history.

Among the other qualified clubs, we find in particular ENCE which recovered from its defeat against G2. The Team Spirit and Outsiders, two Russian-speaking structures, also accompany him. Finally, two teams with rather special stories make their way to the next round: Imperial, a Brazilian collective made up of promises and legends from the Auriverde scene, as well as the little thumb of the competition, Bad News Eagles , a team created by Kosovar players and which evolves without organization for the manager. 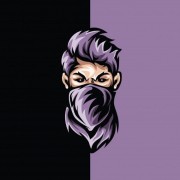 With Seikoo's Arrival, BDS wants to regain its throne